This article originally appeared in the Globe and Mail 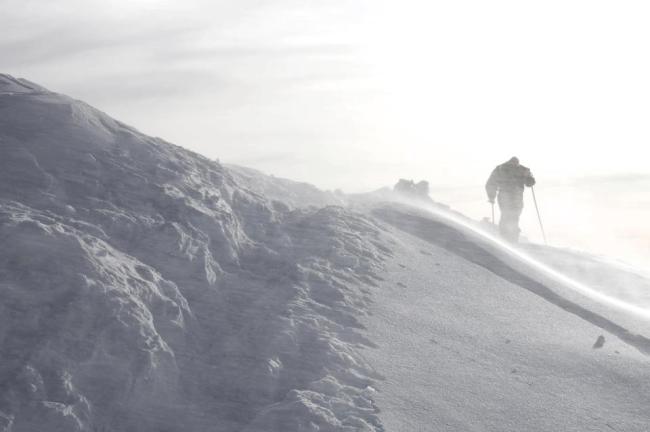 Todd Fogarty had been skiing the same slope every season for 30 years when it slid out from under him in December of 2012. He was caught in an avalanche and swept into the trees, which broke his fall along with several bones.

“I was in the blackness,” he said. “The whole world slowed down.”

Bulletins this week are warning of varying levels of avalanche danger for Alberta and British Columbia, with high-risk pockets across the Rocky Mountains in both provinces. In many places across the mountains, warm weather is to blame for the current avalanche conditions as the sun weakens the snowpack.

Conditions always vary throughout the mountains, however, and even from one aspect to another.

In Mr. Fogarty’s case, it was the change in conditions from the top of the mountain to just below that put him and his group in danger.

“It fooled all of us,” he said. “It was new snow on new snow. But the lower levels [had] a small rain crust underneath, and new snow on top of that. We couldn’t identify that on the upper reaches of the mountain.”

In some conditions a rain crust can act as a smooth plate, not binding with the layers on top of it. Depending on what falls on top of it, that snow can be more likely to slide off.

Last year, five people died in avalanches in Canada, all of which were in B.C.

With one back-country fatality in December, ski- and snowboard-related avalanche casualties are already higher than at the same time last year.

But Canadian Avalanche Centre forecaster Karl Klassen said there are many more incidents than deaths, and not all incidents are reported to the CAC.

The only guaranteed way to avoid an avalanche is to stay out of the mountains. But there are other ways of staying as safe as possible, said Mr. Klassen.

“First thing to do is to plan your trip,” he said. “That requires you to check the avalanche forecast for the region that you’re going to.”

But understanding the bulletin itself requires training. The Canadian Avalanche Centre strongly recommends avalanche safety courses for anyone planning on heading out of bounds.

They also recommend that visitors to the back country know the weather forecast and what that means. Having rescue equipment – and knowing how to use it – is also a must, says Mr. Klassen.

Mr. Fogarty and his group of back-country veterans were not brazenly venturing into unknown territory without training or equipment, and the conditions weren’t suggesting that a slide was likely. But as with the dozens of avalanches that hit skiers and snowboarders every year, several different factors conspired to cause the snow to let go.

This weekend, communities across Alberta and British Columbia are hosting Avalanche Awareness Days. The events will feature transceiver demonstrations, route planning information, and other clinics intended to help keep visitors to the back country safe.

View all posts by Jimmy